In addition, she continues to serve as a sports reporter and host at AL.com where she covers a multitude of teams and sports in the state of Alabama. In June of 2017, she was awarded a regional Emmy for producing an interview between Charles Barkley and Nick Saban that garnered more than 11 million views across various social media and digital platforms.

Previously, she worked at the Birmingham CBS affiliate WIAT42, where she accrued four prestigious awards including the National Sports Media Association’s Alabama Sportscaster of the Year in 2016. In consecutive years, 2014 and 2015, she was named Best Sports Anchor by the Alabama Associated Press and in 2013, she won an ABBY for Sports Anchor of the Year.

In 2003 while a freshman at Rutgers University, Sisler unexpectedly lost both of her parents, Lesley and George Sisler, to prescription drug overdoses within hours of each other. She is dedicated to spreading awareness about the dangers of addiction and the devastation it can cause for the addict, their loved ones, and the community.  She currently serves as a board member for the Addiction Prevention Coalition in Birmingham, Ala., is on the Speakers Bureau for the Shelby County Drug Free Coalition, and provides outreach for Bradford Health Services and The Foundry.

Sisler, a native of Roanoke, Va., was the captain of her gymnastics team at Rutgers University and graduated in 2006 with a communication degree. 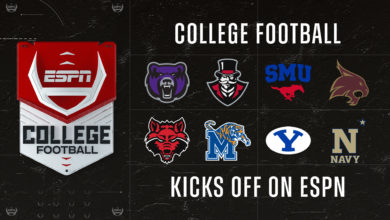 SEC Network Sets Off for Santa Clara as No. 1 Alabama and No. 2 Clemson Clash in the College Football Playoff National Championship SEC Nation Kicks Off 2018 Campaign from College Station and Charlotte