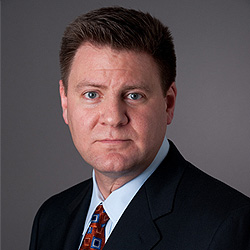 From 2017 to 2019, he oversaw ESPN’s features and storytelling for numerous areas, including multiple projects for ESPN Films and launching original series for ESPN+.

Lazarus had been Vice President of ESPN’s SportsCenter & News Storytelling Units since December 2014, overseeing E60, Outside the Lines, the Event/Studio Features Unit, and the Long-Form Enterprise & Investigative Unit. Previously, he had been Vice President, News and Assignment Desk beginning in March 2011, responsible for ESPN’s daily news operation.

Lazarus has been a vital force in pushing cross-platform initiatives. Under his leadership, sharing content and reporting across international networks, digital, and audio platforms has helped drive ESPN’s business. He works with ABC News to provide sports content.

He was named ESPN’s first Coordinating Producer of Features in 2000. Two years later, Lazarus created the ESPN Features Unit, an award-winning team that has set industry standards for long-form storytelling.

In his two years as Senior Coordinating Producer of College Gameday, the show had back-to-back years of record viewership and ratings.

In 2006 and 2007, as Vice President, Studio Production, Lazarus was responsible for all editions of SportsCenter.

Soon after Lazarus started at ESPN in 1988, he joined the NFL unit, working his way from Production Assistant to Coordinating Producer of Sunday NFL Countdown.

In the late ’90s, as Coordinating Producer of Outside the Lines, Lazarus led that series to explore such groundbreaking topics as “The World of the Gay Athlete” and the gang culture in sports.

He is a 1988 graduate of Duke University with a Bachelor of Arts degree in public policy studies.