Luke Hancock, the 2013 Final Four Most Outstanding Player and NCAA Champion, joined ACC Network in 2019 and is a studio analyst on Nothing But Net, ACCN’s signature basketball show that airs Sundays throughout the college basketball season.

Hancock was a small forward for Louisville during the 2012-14 seasons after transferring from George Mason in 2011. The Roanoke, Va., native was integral to the Cardinals national championship run as he scored 20 points in the national semifinal against Wichita State and 22 points in the national final against Michigan. He was the first reserve in NCAA Tournament history to be named the MOP. Hancock played professional basketball for the Memphis Grizzles and in Athens, Greece, before becoming a financial advisor with Clearpath Financial in Louisville.

Hancock currently serves as co-host of The Drive on Tuesdays and Wednesdays on ESPN Louisville. 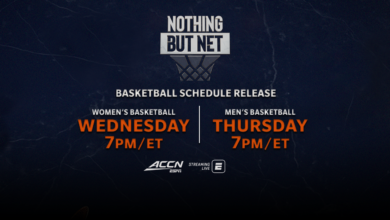 Nothing But Net, Bald Men On Campus Return This Week; Additional Studio Programming on ACC Network Throughout Basketball Season 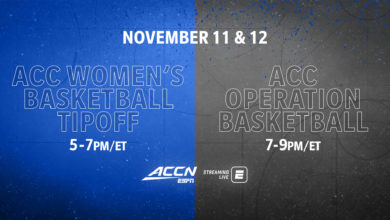