In making the announcement, Jimmy Pitaro, Chairman, ESPN and Sports Content said, “Burke is a talented leader and collaborative colleague who has been instrumental in guiding ESPN through what has undoubtedly been one of the most challenging and critical periods in our history.  He is an industry-leading programming strategist who continues to take on new challenges with his signature combination of relationship building and creativity.”

Magnus is responsible for all programming and rights acquisition and scheduling, as well as ESPN and ESPN+ original content development and scheduling (including ESPN Films and 30 for 30 franchise). In his role, Magnus is responsible for rightsholder relationships, content strategy and cross-platform programming rights acquisition/scheduling on a global basis. He is a key driver of Disney’s Direct-to-Consumer priority, including ESPN+, through his team’s close collaboration with DMED (Disney Media & Entertainment Distribution).

In late 2020 and 2021, he guided ESPN and The Walt Disney Company through one of its most active and notable sports rights acquisition periods. He helped drive new, cross-platform (linear, direct-to-consumer, digital, social, etc.) agreements and/or extensions with the NFL, MLB, NHL, SEC, LaLiga and more. Additionally, he led a programming team that collaborated with numerous league, conference and event partners to navigate the postponement, cancellation and rescheduling of thousands of events across ESPN platforms in the aftermath of the COVID-19 outbreak.

Previous agreements forged during Magnus’ time as executive vice president include the NBA, the Masters and PGA Championship, UFC, the German Bundesliga, and more.

For years, Magnus set the strategic direction of the company’s college sports content which included acquiring, scheduling and programming college football, college basketball and NCAA Championships across the ESPN networks. He played an integral role in securing long-term rights to the College Football Playoff, the Rose, Sugar and Orange Bowls, the NCAA and some of the nation’s top college athletics conferences, including the ACC, Big 10, Big 12, Pac-12 and SEC.

From November 2004 through March 2008, Magnus served as vice president and general manager of ESPNU, the 24-hour college sports network. He guided all programming, production and operations and led the inter-departmental team responsible for the growth and development of the network and related multi-media initiatives. Under his direction, men’s college basketball ratings increased over multiple consecutive seasons and new initiatives such as Bracket Buster Saturday and College GameDay (basketball) were introduced.

Magnus joined ESPN in 1995 as a program associate and in 1996 was promoted to program planner. In 1998, he advanced to program manager and later became director of brand management in 2000 (later changed to director, programming and acquisitions), primarily responsible for ESPN’s men’s college basketball programming and scheduling. From 2002-04, Magnus was a member of the ESPN Original Entertainment (EOE) team where he served as the project manager for several programs, including the biopic on the life of Dale Earnhardt entitled “3”, which was critically acclaimed and the second-highest rated movie of 2004 on ad-supported cable.

Magnus has been named to the annual CableFax 100, which salutes the industry’s top power players and game changers, each year since 2018. He was honored with the National Football Foundation’s prestigious Legacy Award in 2013 for his support and leadership in promoting college football. In 2006, Magnus was also named to the distinguished Sports Business Journal Forty Under 40, honoring the most promising young executives in sports business under the age of 40.

A native of Ridgewood, N.J., Magnus graduated from Holy Cross in 1988 with a bachelor’s degree in history and then received his master’s degree in sport management from the University of Massachusetts in 1994. During this time, he also served as a programming intern for CBS Sports from 1993 to 1994. UMass awarded him the Distinguished Alumnus Award by the McCormack Department of Sport Management in 2011.

Magnus is an active board member for a variety of organizations, including the Connecticut Children’s Medical Center, the College Football Hall of Fame in Atlanta, and the McCormack Advisory Board for the Department of Sport Management at UMass. He is also on the Board of Advisors for the Allan “Bud” Selig Sports Law and Business program at the Arizona State University Law School, and he is part of the National Football Foundation Awards Committee, which annually selects the National Scholar-Athlete and Campbell Trophy recipients. 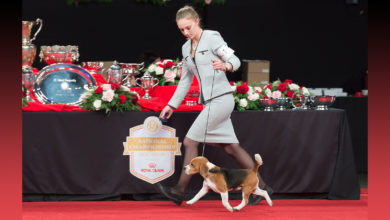