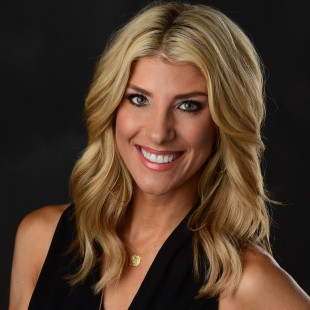 Beisner-Buck is a memorable storyteller with a vast portfolio of features. From conversations with then Cowboys quarterback Tony Romo and Texans defensive end JJ Watt; a touching portrait (and follow-up) on former Bengals defensive tackle Devon Still and his daughter Leah as she battled Stage 4 Neuroblastoma; a piece on late-NFL head coach Marty Schottenheimer, who was battling Alzheimers Disease; “Dear Pops,” which featured the relationship 49ers tight end George Kittle has with his father and a piece on former Eagle and Saint Malcolm Jenkins’ efforts to enact prison-reform.

Beisner-Buck has also done light-hearted features on the Seahawks wide receivers group on their choreographed end-zone celebrations; “Here Comes Deebo,” which explored how 49ers wide receiver Deebo Samuel got his nickname and included rap superstar Ice Cube; and Rams wide receiver Cooper Kupp and how he learned how to “toe-tap the sidelines” at home with his father.

One of her most notable pieces was her feature on former Chargers public relations director Bill Johnston and his wife Ramona, for which she earned The Huntington’s Disease Society of America’s Guthrie Award in 2018.

Prior to ESPN, Beisner-Buck worked as a studio host and field reporter for NFL Network from 2006-14. She appeared on a variety of programs and specials including Game Day First, Game Day Morning, NFL Total Access and NFL Fantasy Live.

Beisner-Buck previously appeared on ESPN as co-host of “The Russo and Steele Automotive Auctions” and as a pit reporter for the Champ Car World Series. She has also worked in various reporting capacities and hosting roles for Fox Sports, CBS, NBC, Speed Channel, and other networks.

Beisner-Buck is married to ESPN lead play-by-play announcer Joe Buck. The couple live in the St. Louis area with their two sons, Blake and Wyatt.