Paul Biancardi is the ESPN national recruiting director for boys high school basketball. He is the lead analyst for the GEICO ESPN High School Showcase series across ESPN networks, and also works on a number of college basketball games throughout the season.

Biancardi first joined ESPN in 2006 as a college and high school basketball analyst. He became ESPN’s national recruiting director in 2008. He is voting member of the McDonald’s All American committee and the Gatorade state and national player of the year.

Prior to joining ESPN, Biancardi was the head coach at Wright State University, where he was named Horizon League Coach of the Year in 2004. He was an assistant coach at St. Louis (2007-08), Ohio State (2003-1997) and Boston College (1997-90). While coaching the Eagles, the team reached the Elite Eight (1994) and the Big East Championship (1997). Hoop Scoop Online named him the No.1 assistant coach in the country in 2002 and he helped the Buckeyes make four NCAA Tournament appearances, including reaching the 1999 Final Four.

Biancardi is a 1985 graduate of Salem State and earned a degree in physical education. He played four years and was voted team captain as a senior. As a senior, he was selected for the “James Twohig Award” for outstanding character, sportsmanship and dedication.

Biancardi is originally from Boston and was inducted into the Athletics Hall of Fame in 1997 at Pope John XXIII High School. He currently resides in Charlotte, N.C. 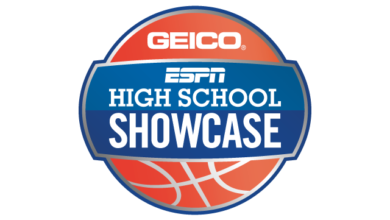