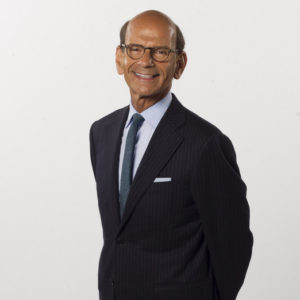 Paul Finebaum — a longtime sports talk radio host known by many as the leading sports authority in the South and the “Voice of the SEC’’ — joined ESPN in August 2013 as host of the The Paul Finebaum Show. The four-hour daily program, heard on ESPN Radio Monday – Friday from 3 – 7 p.m. ET and simulcast on SEC Network, showcases Finebaum’s compelling opinions and deep knowledge of the SEC as well as his interactions with his passionate callers, many of whom have followed him for years.

In addition to hosting The Paul Finebaum Show, he is a commentator on SEC Nation and appears on a variety of other ESPN platforms, including First Take, Get Up, SportsCenter, College Football Live and more.

Prior to joining ESPN, Finebaum served as host of the Paul Finebaum Radio Network (2001- 2012). Finebaum arrived in Birmingham in 1980 and became an award-winning columnist and investigative reporter for the Birmingham Post-Herald and later the Mobile Press-Register. From 2011 – 2012, Finebaum wrote a college football column for SI.com.

Finebaum has received many honors for his work. In January 2020, Finebaum was announced as the recipient of the 2020 Mel Allen Media Award, given to honor media members who have made a lifetime contribution to sports through their work. He is noted as a University of Tennessee Accomplished Alumni, having been given the award in October 2013. He was also recently inducted into the Hall of Fame for The University of Alabama College of Communication & Information Sciences.

In March 2013, Sports Illustrated ranked him one of the 20 Most Powerful People in Sports Media nationally (#17). Mike Greenberg and Mike Golic of ESPN (at No. 14) were the only other radio hosts mentioned on the list. In 2004, Sports Illustrated named the show as one of the top 12 sports radio shows in the United States.

In 2008, Columbia University named Finebaum’s show a winner of its annual ‘Let’s Do it Better! Workshop on Journalism, Race and Ethnicity. Finebaum was selected for “providing a strong and sometimes controversial view on racial issues in sports through his multi-media contributions” In particular, Columbia cited a poignant show on the Martin Luther King Jr. holiday – which highlighted the slain Civil Rights leader’s still strong connections with today’s sports stars.

Finebaum has spoken and lectured at a variety of colleges including Columbia University, UMass-Amherst, Texas A&M and the University of North Carolina.

In March 2013, HarperCollins reached a deal with Finebaum to write a memoir about his radio show and how it intersects with the fan culture in the SEC. The book will be published in August 2014.

Finebaum is a 1978 graduate of the University of Tennessee and resides in Charlotte with his wife. 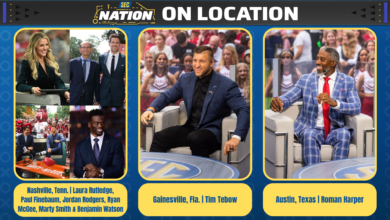