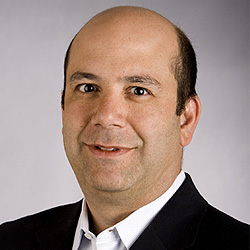 Veteran producer Phil Orlins is the vice president of production for ESPN’s Major League Baseball, Little League World Series and College Baseball properties, overseeing all of the network’s game and studio production, including the exclusive Sunday Night Baseball telecasts. Orlins transitioned into his MLB role during the summer of 2014 and has made a significant impact, overseeing the implementation of several new initiatives including K-Zone Live and K-Zone 3D, Sunday from the Seats, MLB Little League Classic and MLB All-Access Week, plus alternate presentations such as KayRod Cast and KidsCast. Orlins also spearheaded the highly successful live, in-game player conversations, which ESPN introduced in 2020 and established a staple for nearly all of its MLB telecasts in 2022.

Orlins had previously worked as a producer in ESPN’s MLB coverage from 1991-2003 and produced Sunday Night Baseball from 1994 to 2003.

A native of South Orange, N.J., Orlins graduated from Ithaca College with a Bachelor of Science degree in TV/Radio.