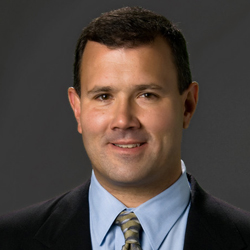 T.J. Quinn joined ESPN in November 2007 as an investigative reporter for ESPN’s Enterprise Unit, which is charged with developing long-form, investigative features to be presented across multiple platforms.

The New York-based Quinn contributes to all aspects of ESPN’s news and information programming, including SportsCenter, Outside the Lines, ESPN .com and ESPN Radio.

In 2022, Quinn did extensive reporting on the detention of WNBA star Brittney Griner in Russia. He also covered the trial related to the death of MLB player Tyler Skaggs.

Quinn is former chairman of the New York chapter of the Baseball Writers’ Association of America.

Quinn, a graduate of the University of Missouri School of Journalism, began his journalism career as a news reporter for the Daily Southtown in Chicago and then the Salt Lake Tribune in Salt Lake City, Utah. He serves as an adjunct Professor of Journalism at Columbia University.