Former National Football League head coach Rex Ryan is an NFL analyst for ESPN. He joined the company in April 2017 and appears on Sunday NFL Countdown, while also contributing to Get Up, SportsCenter, ESPN Radio and other platforms.

Ryan’s coaching career spans nearly 30 years, including eight years as an NFL head coach, first with the New York Jets (2009-14) and then with the Buffalo Bills (2015-16). Ryan’s best seasons were with the Jets when he led the franchise to back-to-back AFC Championship appearances in 2009 and 2010.

Prior to being named a head coach, Ryan spent ten seasons (1999-2008) as an NFL assistant with the Baltimore Ravens – including 2005-08 as defensive coordinator – where he won a Super Bowl (XXXV). In 2006, Ryan was honored with Assistant Coach of the Year awards from Pro Football Weekly and the Pro Football Writers Association.

Ryan’s coaching career started in 1987-88 when he was a graduate assistant at Eastern Kentucky. After moving onto New Mexico Highlands (1989) and Morehead State (1990-93), Ryan then spent two seasons (1994-95) with the Arizona Cardinals as defensive line and linebackers coach under his father, legendary NFL coach Buddy Ryan. He returned to the college ranks as the defensive coordinator at Cincinnati (1996-97), Oklahoma (1998) and Kansas State (1999).

In 2011, Ryan released Play Like You Mean It, a book co-written by Don Yaeger that was part autobiography and a conversation about football strategy. The book appeared on the New York Times best seller list. Ryan also made a cameo appearance in the 2012 Adam Sandler film That’s My Boy.

A native of Ardmore, Oklahoma, Ryan attended Southwestern Oklahoma State University. In addition to his father’s NFL ties, Ryan’s twin brother, Rob, is a longtime NFL assistant coach who was part of Ryan’s staff in Buffalo. 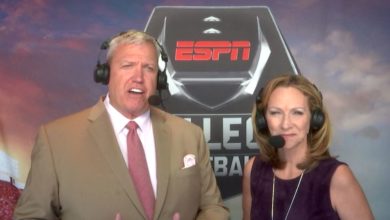