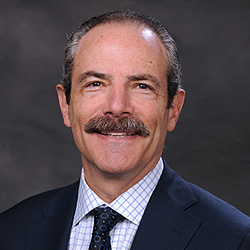 Bringing a wealth of publishing experience to an emerging multi-platform business, Glenn Rosenbloom joined ESPN in 2009 when he was named vice president, ESPN High School (formerly ESPN RISE).  Rosenbloom is charged with overseeing all aspects of the ESPN High School brand which includes digital, mobile, social, events and publishing aimed at the high school student-athlete and fan. Under Rosenbloom’s direction, his staff oversees the following assets: ESPN High School Guy and Girl Magazine, ESPNHighSchool.com, mobile and social media products and more than 160 high school events including Elite 11, Elite 24 and more.Prior to joining ESPN, Rosenbloom was Co-Chief Executive Officer of Alpha Media Group.  He joined AMG as president in 2008.  Before his stint at Alpha Media Group, he directed the US Consumer Magazine division for Buena Vista Magazines, a subsidiary of Disney Publishing Worldwide (DPW).  As senior vice president and group publishing director, Rosenbloom was instrumental in strategically strengthening the market position of each of the magazines in the U.S. Consumer Magazine Group, guiding these magazines to unprecedented growth and profitability.

Rosenbloom began his career at Hearst Magazines in 1979 as a trainee for the sales program, and went on to serve as NY manager of Sports Afield Magazine and then Eastern Manager of Redbook.  After nearly ten years with the company, he moved to Wenner Media, where he spent seven years in a variety of sales positions, including vice president, associate publisher at US Magazine.

He is a graduate of Queens College with a bachelor of arts in Communications Arts and Sciences.