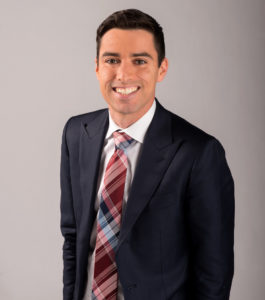 In the summer of 2018, Salazar covered the Mexican national team at the FIFA World Cup, appearing on ESPN, ESPN Deportes and ESPN Radio from Russia. Since joining the network, Salazar also has covered the International Champions Cup, the USWNT and the Little League World Series. He also regularly contributes to the ESPN podcasts TwoOnTri, Max & Herc and ESPNFC.

Prior to joining the network, Salazar hosted a variety of pre and postgame shows (NHL/NBA/MLS/NFL) at Comcast SportsNet Mid-Atlantic. Born and raised in the Washington, D.C. area, Salazar is a graduate of Walter Johnson High School and Westminster College in Pennsylvania.