A top player on the women’s tennis tour more than 15 years and a 2002 inductee into the International Tennis Hall of Fame, Pam Shriver is a commentator for ESPN’s current unprecedented position of start-to-finish coverage of three Majors – the Australian Open (since 1984), Wimbledon (since 2003, exclusive since 2012) and the US Open (since 2009, exclusive since 2015). She has worked for ESPN since 1990 (starting with the Australian Open, after she had lost), even as she continued to play until 1996. She had previously worked for CBS beginning with the WTA Tournament of Champions even in 1981 at 19 and continuing with US Opens after she was out of the singles competition. Her first live tennis analysis of any kind came at the tender age of 17 – the Bjorn Borg vs. Roscoe Tanner Wimbledon final in 1979 on radio.

Known for her versatility, strong opinions and sense of humor as a roving interviewer, Shriver draws on her Hall of Fame experience and acumen to critically analyze a match from the booth — as either the lead commentator or analyst — or as a studio analyst. Her primary role during ESPN telecasts, however, is as a sideline reporter during play, providing insights about the players or the weather gained only from that vantage point. She also has become well known for her interviews — sometimes straight-forward and sometimes quite fun — with fans and celebrities around the grounds and stands. Whether talking strategy with a coach in the player’s box; discussing the lure of tennis with the likes of Tony Bennett, Alec Baldwin, Michael Phelps, Henry Aaron, Michael Jordan or Anna Wintour; or mixing it up with the British fans on Wimbledon’s Henman Hill, Shriver’s contributions add to the flavor and context of the action on the court.

Shriver burst onto the national tennis stage in 1978 when she reached the finals of the U.S. Open as an amateur at the age of 16 (losing to Chris Evert). Throughout the 1980s, she was ranked in the top 10 women’s singles players in the world, peaking at number three and winning 21 tournament titles. Meanwhile, her doubles career also flourished, winning 112 titles, including 22 Grand Slam titles — 21 in women’s doubles (all with Martina Navratilova): seven Australian Open, four French Open, five Wimbledon, and five U.S. Open, plus one in mixed doubles, the 1987 French Open teamed with Emilio Sanchez. While teaming with Navratilova, they set the record of 109 consecutive match wins from April 1983 thru July 1985. This stretch included all four Grand Slam titles in 1984. While partnering with Zina Garrison, she captured the 1988 Olympic Gold Medal in doubles in Seoul.

For her lifetime devoted to the sport, in 2014 the Hall of Fame gave Shriver the Eugene L. Scott Award, given annually to honor an individual who embodies Scott’s commitment to communicating honestly and critically about the game, and who has had a significant impact on the tennis world. 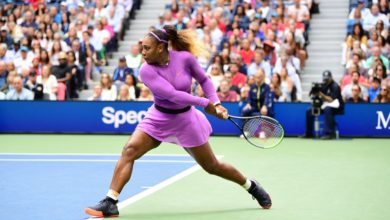