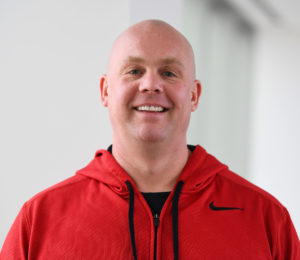 Coughlin currently appears on the “Bad Beats” and “Where in the World isn’t SVP?” segments with Scott Van Pelt. He also is co-host of Stanford Steve and The Bear podcast and an ESPN.com columnist. A former college football player who began appearing on the Behind the Bets podcast during college football season in 2014, Coughlin took over as host in 2015 when the podcast became Behind the Bets, The College Years. The podcast was renamed Stanford Steve and The Bear in 2018.

He also writes a weekly picks column during the college football season for ESPN.com.

Prior to working on SportsCenter, Coughlin worked in ESPN Radio for 11 years. He began his ESPN career as a production assistant in 2004 and eventually started working with Van Pelt and Ryen Russillo on their ESPN Radio show in 2009.

Coughlin grew up in Ansonia, CT, and attended Stanford University where he was a tight end on the football team.