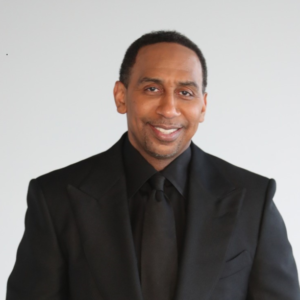 Stephen A. Smith, is a featured commentator and executive producer on ESPN’s First Take weekdays from 10 a.m. to 12 p.m. ET, discussing and debating the sports topics of the day (since 2012), analyst on NBA Countdown, ESPN and ABC’s longstanding NBA pregame show (since 2021), and host of NBA in Stephen A’s World, an alternate presentation to accompany select ESPN NBA games throughout the season (since 2022). Stephen A. is also the co-executive producer of the show with his production company Mr. SAS Productions, along with ESPN and Omaha Productions. Smith also leads several SportsCenter specials throughout the year (since 2018) and is a regular contributor across the network’s studio programming surrounding marquee events.

On Jan. 17, 2023, Smith will debut his memoir Straight Shooter where he will reveal his untold story for the first time. Mr. SAS Productions oversees the marketing and distribution of the book, published by Simon and Schuster. It is currently available for pre-order here.

In Sept. 2022, Smith launched K[no]w Mercy with Stephen A. Smith, bringing his trademark insight and analysis to the day’s headlines and the biggest stories from the worlds of politics, entertainment, social issues, business, and more, regularly joined by a wide range of notable guests and thought leaders. Smith, and his company Mr. SAS Productions, co-produce the podcast along with Cadence13.

In September 2019, Smith and First Take traveled to the 76ers Fieldhouse in Wilmington, Del., to do a show as part of Historically Black Colleges and Universities Week. Smith – an HBCU graduate – was also named the event’s ambassador by the city. The show saw First Take’s largest in-person audience ever and led in to a college fair that offered on-the-spot acceptance, scholarships and much more for prospective students. Smith and First Take also made their in-person return to the event in Oct. 2022 from ESPN Wide World of Sports Complex.

Smith made a variety of contributions to ESPN from 2003-08. Smith hosted The Stephen A. Smith Show on ESPN Radio from 2005-08. He was also the host of ESPN2’s Quite Frankly with Stephen A. Smith, a one-hour show featuring sports news, commentary on sports issues, and interviews, from 2005-07. Smith joined ESPN in 2003 as an analyst for the network’s NBA Shootaround (since renamed NBA Countdown) pregame show. He regularly appeared on ESPN’s SportsCenter, ESPNEWS, First Take and as guest host of Pardon the Interruption and Jim Rome is Burning.

Smith made his acting debut on the ABC soap opera General Hospital in a cameo appearance as a television reporter on February 2, 2007. Later the same year, he was in the Chris Rock motion picture, I Think I Love My Wife. Smith returned to General Hospital in April 2016 as Brick, a surveillance expert for the Mob, and has continued to make appearances since then.

Smith also hosted a morning show on Fox Sports Radio. Previously, Smith held several positions, most recently as a general sports columnist for 16 years with the Philadelphia Inquirer (1994-2010). Prior to joining the Inquirer, Smith was a reporter with the Winston-Salem Journal, the Greensboro News and Record and the New York Daily News.

After attending the Fashion Institute of Technology for one year, Smith received a basketball scholarship to attend Winston-Salem State University, an HBCU in Winston-Salem, N.C., where he graduated in 1991. 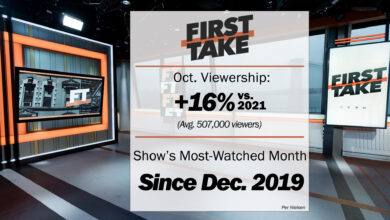 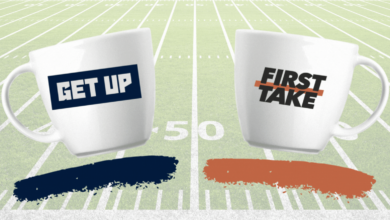