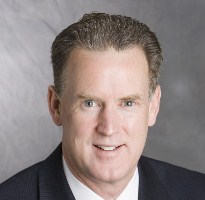 Thomas W. Murphy is senior vice president of affiliate, international and digital media finance at ESPN, Inc.  In this role, Murphy is responsible for the financial and strategic planning of the aforementioned areas, along with the strategic analysis on acquisitions, joint ventures and other expansion initiatives.  He also oversees the annual operating and long range plans.  Murphy is based in Bristol and reports directly to Christine Driessen, CFO of ESPN.

Prior to joining ESPN, Murphy was the finance director from 1998 to 2000 of Walt Disney Attractions Planning and prior to that, served in various finance roles in The Walt Disney Attractions Division, all based in Orlando, Florida.  Prior to joining the Walt Disney Company, Murphy was a senior audit manager from 1986 to 1994 at KPMG Peat Marwick based in Philadelphia in their Manufacturing, Retailing and Distribution Practice.

Murphy graduated from Drexel University in 1986 with a bachelor of science degree with a concentration in accounting.  In 1999, he received a master’s degree in management from the Krannert School at Purdue University.  He has three daughters and lives with his wife in Avon, Connecticut.