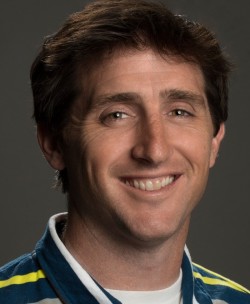 Tim Reed is a vice president of programming and acquisitions, leading both the NFL and X Games categories. He assumed his current role in May 2021 following the landmark long-term agreement between The Walt Disney Company, ESPN and the National Football League.

Reed also leads the development and integration of youth lifestyle elements into X Games events including music, filmand art experiences created to serve the youth action sports audience. Additionally, Reed managed the launch of the World of X Games show, which is now entering its eighth full year of programming on ABC and ESPN.

Reed was also responsible for overseeing the successful two-year extension of the X Games summer event in Minneapolis, bringing an event back to Norway for the fifth consecutive year, introducing a successful first-ever event to Australia with X Games Sydney in 2018 and, more recently, securing a multi-year deal for X Games to be held in China for the first time with a summer event in Shanghai and winter event in Chongli.

In 1997, Reed started his career at ESPN as a sports & competition intern. He worked a variety of sports, operations and content development positions.  Throughout his career, Reed has been integral to the planning and execution of more than 50 X Games events around the world.

A graduate of Yale University, Reed earned a Bachelor of Arts degree in History. ESPN’s Cross-Platform XFL Draft Week Coverage Begins with Exclusive Airing of Behind the Scenes Special, Drive To The XFL Draft