(The following was announced by the NFL Players Association on Oct. 3)

WASHINGTON – Award-winning ESPN journalist Chris Mortensen has been named this year’s NFL Players Association Georgetown Lombardi Award honoree. Mortensen and his courageous battle against cancer will be recognized at the 30th Anniversary Lombardi Gala on October 29 in Washington, D.C.

On behalf of NFLPA Executive Director and honorary gala chairman DeMaurice Smith, the senior NFL Insider is the latest to receive this annual award presented to leaders in the sports community whose lives have been touched by cancer and have faced it publicly and with great bravery. Mortensen joins past award recipients Stuart Scott, Devon and Leah Still, Robert Kraft and Larry Fitzgerald, whose dedication to raising cancer awareness was commemorated by the more than 5,000 active and former player members of the NFLPA as well as the hundreds of researchers, physicians and clinical staff at the Georgetown Lombardi Comprehensive Cancer Center.

“Chris Mortensen is a trusted voice within the media, one who we have come to greatly respect and value over the years for his work rooted in integrity,” Smith said. “It is my personal honor and privilege to bestow him with this prestigious award at the Lombardi Gala as we help in the fight against a disease that has touched my own family and to honor the enduring legacy of Coach Vincent Lombardi for whom the Center is named.”

Mortensen’s honor will be recognized by his ESPN colleagues during the Oct. 3 Monday Night Countdown pregame show before the Minnesota Vikings and New York Giants game on Monday Night Football.

“Mort has had a profound impact on pro football throughout his Hall of Fame career and he continues to inspire us each day,” said Seth Markman, ESPN senior coordinating producer, NFL studio shows. “This NFL Players Association Georgetown Lombardi Award will be especially meaningful to him knowing his friend and ESPN colleague Stuart Scott received the same honor just a few years ago.”

The Lombardi Gala celebrates the accomplishments and impact made by members of the Cancer Center’s community to eradicate cancer in our lifetimes. The special evening event brings together some of Washington, D.C.’s biggest cancer prevention advocates, philanthropists and cancer survivors to raise awareness and money that directly benefits the cutting-edge research taking place at Georgetown University’s Lombardi Comprehensive Cancer Center.

About the NFL Players Association:
The National Football League Players Association is the union for professional football players in the National Football League. Established in 1956, the NFLPA has a long history of assuring proper recognition and representation of players’ interests. The NFLPA has shown that it will do whatever is necessary to assure that the rights of players are protected—including ceasing to be a union, if necessary, as it did in 1989. In 1993, the NFLPA again was officially recognized as the union representing the players, and negotiated a landmark Collective Bargaining Agreement with the NFL. The current CBA will govern the sport through 2020. Learn more at www.nflpa.com. 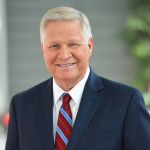