SEC Network and ESPNU are teaming up to kick off the final weekend of regular season Southeastern Conference baseball, as SEC Network presents Bases Loaded on Thursday, May 17 at 7 p.m. ET and the SEC Wildcard Weekend will air on ESPNU and SEC Network this Friday and Saturday, May 18-19.

Bases Loaded features every baseball team in the SEC, six of which are ranked in the Top 25. The show is a live compilation of seven games – all 14 teams – taking place that evening across the conference. Kyle Peterson and Chris Burke will provide analysis and play by play from the Rally Cap set at the SEC Network studios in Charlotte, while Tom Hart and Todd Walker will be in the booth on the Plains for LSU at #22 Auburn on ESPNU at 7 p.m. Thursday. Peterson will join the duo for Friday’s game call from Auburn on SEC Network at 7 p.m.

Every Bases Loaded game is available in its entirety, streaming live on SEC Network+ via the ESPN App. Complementing the studio calls from Burke and Peterson, on-site commentators will be in the booth for each individual SEC Network+ game.

In addition to Bases Loaded, SEC Network and ESPNU picked the most compelling matchups for the SEC Wildcard Weekend, including #1 Florida at Mississippi State on ESPNU Friday and Saturday, #6 Arkansas at #13 Georgia and South Carolina at Texas A&M, both of which can be found on SEC Network Saturday.

As always, Rally Cap will recap the weekend’s action on Sunday, May 20, with host Dari Nowkhah and analysts David Dellucci and Kayla Braud breaking down the weekend’s baseball action and the opening weekend of the NCAA Division I Softball Championship. 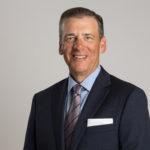