ESPN has re-signed Peter Burns to a multi-year deal to host studio programming on SEC Network, including the network’s signature news and information show, SEC Now.

“Living the dream… I know it’s a cliché, but it truly feels like I am each day in my job,” Burns said. “To be part of building something from the ground up has been incredibly gratifying, and I’m thrilled that I have an opportunity to be a part of this family for a long time. I don’t take any moment of this for granted, and I look forward to many more memorable moments as part of the ESPN and SEC Network family.”

Burns and Dari Nowkhah have been anchoring SEC Now since SEC Network’s launch in 2014. They host the show both in-studio and on the road, traveling around the SEC to cover live events across all sports. In the past collegiate season alone, Burns traveled to host SEC Now at the NCAA Men’s and Women’s College World Series, SEC Baseball and Women’s Basketball Tournaments, and originated the network’s coverage from Starkville as Mississippi State marched to the NCAA Women’s Final Four. Burns also served as a roving reporter for SEC Network at the SEC Championship Game and College Football Playoff National Championship, and hosted SEC Network’s Pro Day shows live from Alabama and Georgia, respectively.

“Peter has played an integral role on our network the past four years,” said Tom McCollum, ESPN senior coordinating producer. “His passion for the SEC is matched only by his dedication to his ESPN teammates and his commitment to creating great content for our shows. One of the best things about Peter is the perspective he brings to our programming every day. He wants to share news, break down action, and be a great commentator, but he also just wants to have fun, which really reflects the spirit of SEC Network and our programming across the board. No doubt we’ll be having fun for years to come with Peter in one of our anchor chairs.”

In addition to his studio role on SEC Network, Burns provided analysis as a course reporter on SEC Network’s live coverage of the SEC Men’s and Women’s Golf Tournaments in 2018, and has contributed to studio programming across all ESPN networks, including The Paul Finebaum Show, College Football Live and SportsCenter. Complementary to his television duties, Burns will continue with his role as a national radio host for ESPN Radio, and is also the co-host of SEC This Morning on SiriusXM SEC Radio, which was simulcast live on SEC Network every morning from the 2018 SEC Media Days from Atlanta. 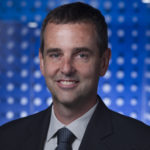