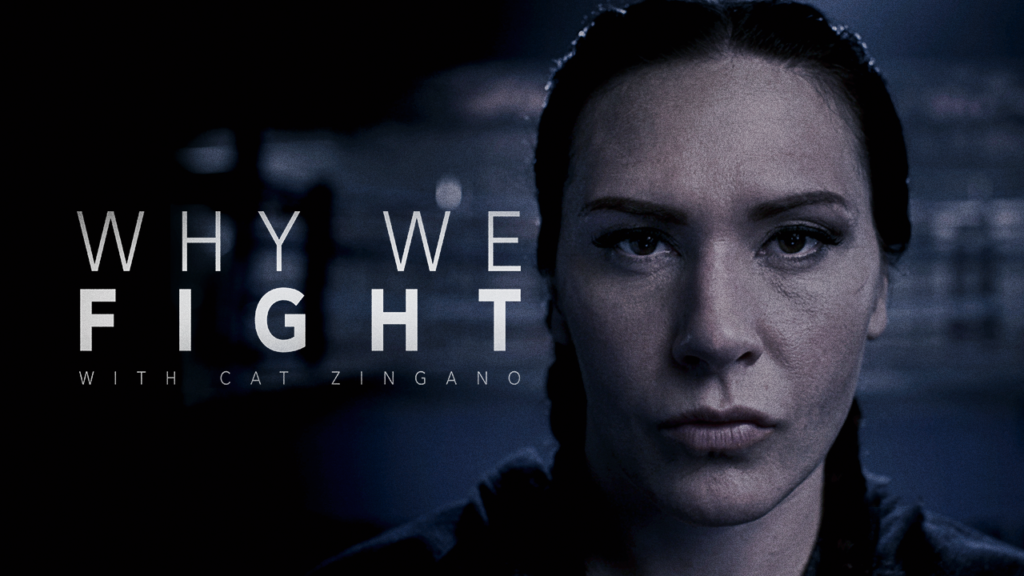 Why We Fight, a documentary series exploring the personal stories driving world-class athletes to pursue combat sports, is coming exclusively to ESPN+. Executive produced by former UFC bantamweight champion Ronda Rousey, Why We Fight is produced by Dirty Robber and Religion of Sports, co-founded by Gotham Chopra, Tom Brady and Michael Strahan.

Season 2 of Why We Fight, hosted by former UFC bantamweight top contender Cat Zingano, will debut on ESPN+, with the first four episodes of the seven-part season available later this month. All seven episodes of Season 1, which features welterweight boxer Zachary “Kid Yamaka” Wohlman as host, is available now on ESPN+. Season 1 was previously offered on Verizon Go90.

Zingano, one of the toughest, most compelling athletes in MMA, fought Rousey for the UFC women’s bantamweight title at UFC 184 in 2015. She was the first woman to win a UFC “Fight of the Night” award and the first woman in UFC to score a TKO victory when she defeated former UFC bantamweight champion Meisha Tate in The Ultimate Fighter 17 Finale in 2013. Zingano was also the first mother to compete in a UFC Octagon, and she set the record for most takedowns in a UFC women’s bantamweight bout when she scored seven in a unanimous decision over Marion Reneau in July 2018.

“For all of us who are fighters, there is nothing that makes us feel more alive than fighting,” said Zingano. “It’s the scariest, yet most rewarding experience we’ll ever have. Someone who isn’t a fighter may not understand, but fighting can save lives. Everyone, including normal everyday people, should fight in some way. It’s a healthy way to express and empower yourself, and having that physical outlet and love for fighting can help anyone through life’s struggles. Fighting has gotten me through a lot in my life. That’s what this show is about.”

The captivating stories in Season 2 of Why We Fight will include exploring the similarities between Zingano’s experiences as a fighter and the incredible life of boxing legend Christy Martin, examining what has changed and what is the same for a current elite female high school wrestler compared to when Zingano wrestled for Fairview High in Boulder, Colo., and learning how Shane Kruchten, a former U.S. Marine, uses fighting to overcome his post-traumatic stress disorder.

Why We Fight, Season 2 Trailer.