Jordan scored 23 points as the Tar Heels held off the Cavaliers, 69-66. North Carolina led by as many as 21 before Virginia mounted a comeback to cut the lead to one point with under five minutes left to play.

In his final home game at North Carolina, Jordan scored 25 points, and added four rebounds and three assists to lead the Tar Heels past rival Duke, 96-83, in double overtime.

Arguably the greatest player in the game of basketball, Jordan helped the Tar Heels to the 1982 NCAA Championship and ACC Tournament title, as well as three straight appearances in the NCAA tournament. While at North Carolina, he earned national player of the year honors (1984), was a two-time consensus first-team all-American (1983, 84), ACC Player of the Year (1984) and a two-time first team all-ACC selection (1983, 84) before having one of the most decorated careers in NBA history.

The Michael Jordan Carolina Rewind precedes episodes 9 and 10 of the acclaimed ESPN Films 10-part docuseries The Last Dance on Sunday, May 17, at 9 p.m. and 10 p.m., respectively on ESPN and ESPN2. 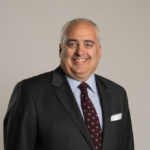