Booger McFarland will return to ESPN’s college football coverage this fall, joining host Kevin Negandhi and analyst Mark Sanchez on ABC as part of the studio lineup for the 2020-21 season. A Monday Night Football analyst the past two seasons, McFarland moves into a new studio role that combines both college football and the National Football League. Beyond college football, the two-time Super Bowl champion will join ESPN’s Monday Night Countdown NFL pregame show, while continuing to contribute to Super Bowl week, the annual NFL Draft presentation, and a variety of ESPN shows like Get Up and SportsCenter.

McFarland, who will also be part of College Football Playoff coverage, previously worked with Negandhi and Mack Brown (now the North Carolina head coach) on ABC in 2017. A former first-team All American at LSU, McFarland joined ESPN as one of the original analysts for the SEC Network launch in 2014.

Negandhi has anchored ABC’s college football studio coverage since 2017. The Temple alum’s impressive resume also includes co-anchoring the 6 p.m. ET edition of SportsCenter and hosting the Special Olympic World Games, the Women’s Final Four, and more. Sanchez, the former Southern California quarterback and Rose Bowl Game MVP, enters his second season on ABC. He will continue to appear on College Football Live and Get Up throughout the season.

Galloway, now in his 11th season with ESPN, and Palmer, who joined ESPN in 2007, continue their prominent studio roles. The former Ohio State All-American wide receiver and Florida quarterback, respectively, will contribute analysis to prominent ESPN college football programming throughout the season. In addition to their traditional studio wraps, Barrie, Galloway and Palmer will also cap each Saturday with College Football Final, the one-hour show highlighting the day in college football.

Now in his third season with ESPN, Mora brings more than 30 years of coaching experience to his analyst role. He will continue to appear on ESPN’s college football studio programming this season, and he even called a handful of Friday night college games a year ago. Sanchez will appear on ESPN2 in addition to his ABC studio role.

Wendi Nix, who has signed a new ESPN extension, will be the new primary host of College Football Live (Tue-Thurs, 4:30 p.m. ET on ESPN2). No stranger to ESPN’s college football coverage, Nix hosted College Football Live and college football Saturdays on ESPN2 and previously served as a reporter, among her many assignments since joining ESPN in August 2006. She will be joined on the program by a rotation of analysts. The host of NFL Live the past three years, Nix will also continue to be involved in ESPN’s pro football coverage as the host of NFL Rewind, the Monday afternoon highlights show that recaps all of Sunday’s NFL games.

College GameDay Built by The Home Depot will kick off the season this Saturday, Sept. 5, at 11 a.m., with a special two-hour preview show. Host Rece Davis will be live from ESPN’s Bristol, Conn., studios, while analysts Lee Corso, Kirk Herbstreit, Desmond Howard and David Pollack will be live from their ‘home studios.’ Maria Taylor will also contribute to the program. The destination of GameDay’s first road trip of the 2020 season, set for September 12, will be announced during the show. 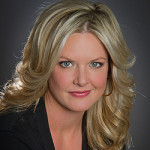