ACC Network (ACCN), the 24/7 national platform dedicated to ACC sports, is set for nearly two weeks of dedicated coverage of the 2021 ACC Women’s Basketball Tournament and New York Life ACC Tournament which will be played at the Greensboro Coliseum in Greensboro, N.C.

The ACC Women’s Basketball Tournament (March 3-7) tips off Champ Week Presented By SoFi and the ladies night squad of host Kelsey Riggs, Kelly Gramlich, Muffet McGraw and Monica McNutt will have insight and analysis throughout. ACCN will provide exclusive postgame coverage of the second (March 4) and quarterfinal (March 5) round games each of those evenings on Nothing But Net, as well as 30-minute pre and postgame shows surrounding the tournament semifinal games carried on ACCN Saturday, March 6, at noon and 2:30 p.m. ET.

The quartet returns on Sunday, March 7, for a half-hour, championship-edition pre-game show ahead of the tournament final airing on ESPN2 at noon, as well as an additional hour of postgame coverage filled with reaction, analysis and interviews with the winning head coach and players after they cut down the nets.

Beth Mowins and Debbie Antonelli will call the semifinal and championship games on ACCN and ESPN2. The first-, second-, and quarterfinal round games will be available on ACC Network Extra (ACCNX), subject to blackout in select markets.

The action continues two days later as the New York Life ACC Tournament begins with first-round games on Tuesday, March 9, exclusively on ACCN. Dave O’Brien and Cory Alexander will call all three first round games at 2, 4:30 and 7:30 p.m. ACCN will also televise all four second round games at noon, 2:30, 6:30 and 9 p.m. with Sean McDonough and Alexander on the call. ESPN or ESPN2 will have the quarterfinals (March 11) and semifinals (March 12), while ESPN will televise the championship game on Saturday, March 13 at 8:30 p.m. Allison Williams will be live on-site reporting from the sidelines starting Wednesday, March 10.

Nothing But Net with Carlos Boozer, Dalen Cuff, Luke Hancock and host Kelsey Riggs will have pre-,  post, and halftime coverage surrounding the first and second round games on March 9 and 10. The foursome will be back each evening following the second round, quarterfinals and semifinals games with a half-hour postgame show providing a full recap of the day’s action. Championship Saturday also features 30 minutes of Nothing But Net postgame breaking down the title game.

Packer and Durham will also have surrounding coverage of the ACC Women’s Basketball Tournament and New York Life ACC Tournament each weekday morning. The three-hour program (7-10 a.m.) hosted by Mark Packer and Wes Durham will include game previews, interviews, special guests, post-round reaction and commentary from around the league.

The 2021 Atlantic Coast Conference men’s and women’s basketball awards will be announced exclusively on Packer and Durham in advance of their respective tournaments. The men’s basketball All-ACC Teams, along with Player, Rookie, Defensive Player, Most Improved Player, Sixth Man and Coach of the Year will be unveiled on Monday, March 8 at 9 a.m. The ACC women’s basketball Player, Rookie, Defensive Player, Sixth Player, Most Improved Player and Coach of the Year awards along with the All-ACC Teams were announced on March 2.

Nothing But Net Selection Specials

ACCN will have special episodes of Nothing But Net surrounding the men’s and women’s NCAA tournament selection shows on Sunday, March 14, and Monday, March 15, respectively. Carlos Boozer, Dalen Cuff, Luke Hancock, Muffet McGraw and host Kelsey Riggs will be back on Sunday at 7 p.m., with reaction and analysis of matchups following the men’s tournament selections, while Riggs, along with McGraw, Kelly Gramlich and Monica McNutt will have reaction and a breakdown of matchups following the NCAA Women’s Selection Show (7 p.m., ESPN) Monday at 8 p.m. 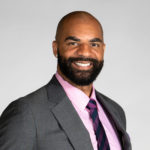