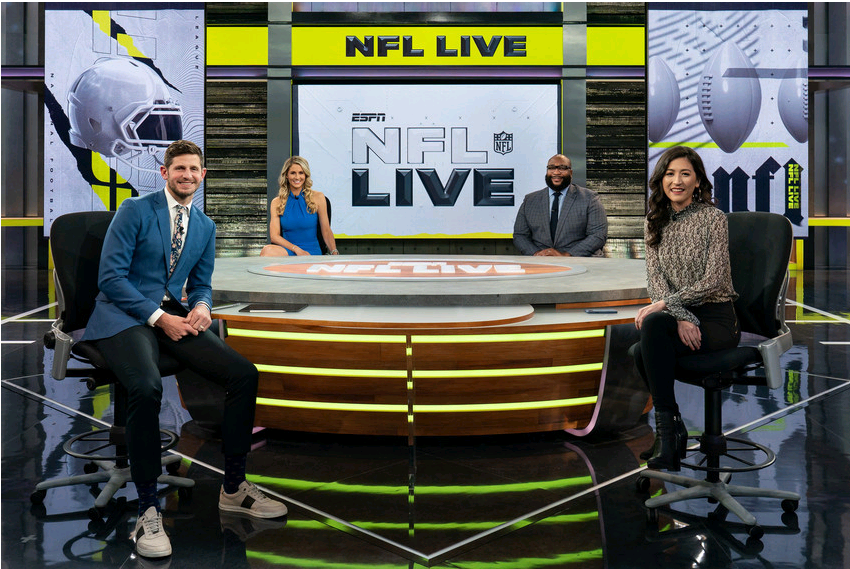 ESPN will enhance its NFL programming from Monday, March 15, through Friday, March 19, as the NFL transitions into a new league year and the NFL Free Agency period gets underway. NFL Live, the network’s signature year-round NFL program, will air each weekday at 4 p.m. ET and be live when NFL Free Agency officially begins on Wednesday, March 17. Monday through Wednesday, SportsCenter Special: NFL Free Agency Countdown (3 p.m.) will lead into NFL Live, providing a two hour dedicated block during a marquee week in the NFL’s offseason calendar. On Friday, the extended programming resumes as SportsCenter Special: Free Agency Recap (5 p.m.) will follow NFL Live.

ESPN’s NFL Insiders and Reporters Set to Break News
ESPN’s NFL insiders Adam Schefter, Chris Mortensen and Dan Graziano will be staples on ESPN’s programming throughout the week, breaking and reporting on the latest news. Schefter and Graziano will be on multiple shows, while Mortensen will be seen on the SportsCenter Specials. All will be active across multiple platforms, including their own Twitter accounts. Reporter Dianna Russini is also set to join the SportsCenter Specials and will be among our lineup of reporters who are actively breaking news.

ESPN’s staple of analysts will also be deployed, ready to react to team and player transactions and decisions. Mina Kimes, Dan Orlovsky and Marcus Spears will be on NFL Live together the majority of the week, with Keyshawn Johnson joining the show on Wednesday and Thursday. Booger McFarland, Louis Riddick, Mike Tannenbaum will be regulars on the SportsCenter Specials. All ESPN NFL commentators will also appear across additional ESPN programming.

NFL Draft Programming Ramps Up
ESPN’s free agency analysis is a prelude to the NFL Draft, with ESPN’s coverage of the latter having already begun. Current NFL Draft programming highlights include: