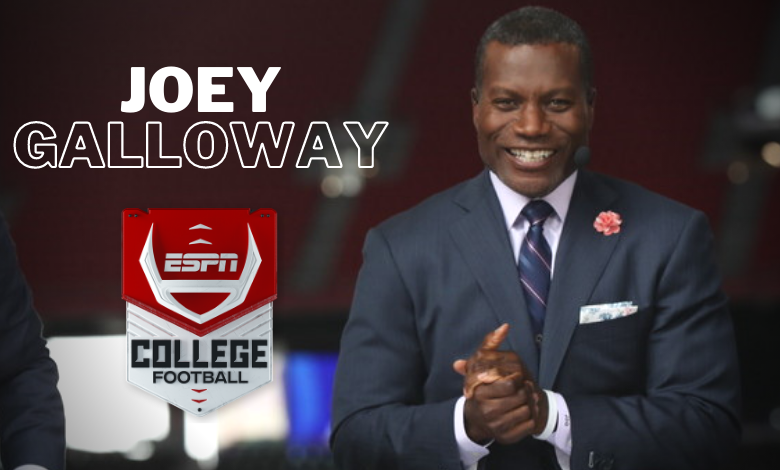 ESPN has reached a multi-year contract extension with longtime college football analyst Joey Galloway. A 10-year ESPN veteran, Galloway will continue to be a mainstay across ESPN studio programming, including College Football Live, SportsCenter and college football pre-game, halftime and post-game shows on Thursdays, Fridays and Saturdays throughout the season.

“I’m excited to get back in the studio with the guys, covering the sport I love,” Galloway said.

Galloway joined ESPN in 2011 and has appeared as both a game and studio analyst. He made the transition to full-time studio in 2016.

Galloway’s in-depth knowledge of the game was honed from an extensive playing career at the collegiate and professional levels. The Bellaire, Ohio native excelled for The Ohio State Buckeyes, finishing his career second in touchdown receptions (19) and fourth in both receptions (108) and receiving yards (1,894). He was an All-Big Ten First Team honoree his junior season, and a second-team selection his senior year.

“Joey is one of our most experienced analysts and he’ll continue to deliver invaluable insight throughout our college football coverage,” said Lee Fitting, ESPN senior vice president of production. “Whether it’s analytical or with strong opinion, Joey has become a valued voice across our studio programming over the past decade.”