The episodes will debut starting on December 23. The full schedule is below:

Additionally, beginning today, fans can stream every single semifinal and national championship since the inception of the College Football Playoff in 2015. The 21 games can be accessed exclusively on ESPN+ HERE. 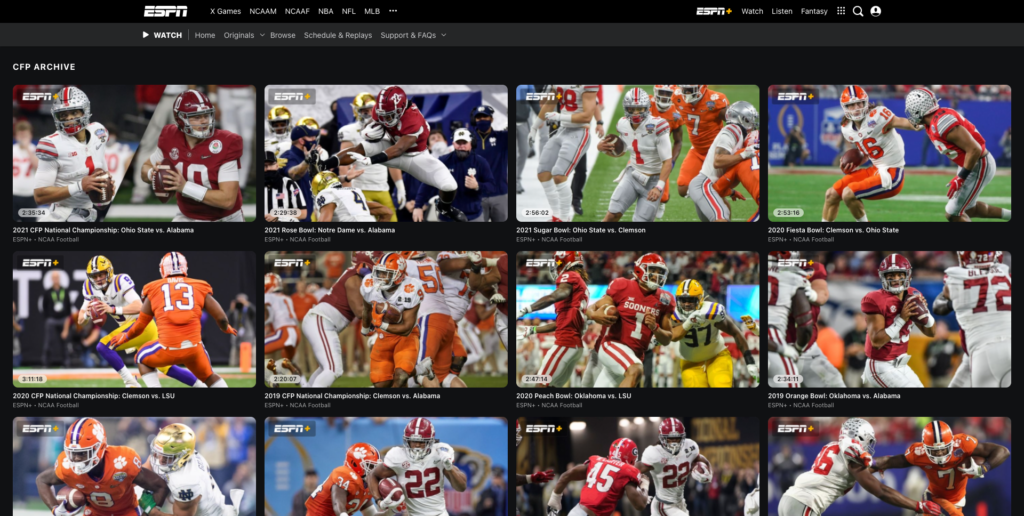 ESPN+ is the industry-leading sports streaming service that offers fans in the U.S. thousands of live sports events, original programming not available on ESPN’s linear TV or digital networks and exclusive editorial content from dozens of ESPN writers and reporters. Launched in April 2018, ESPN+ has grown to more than 17.1 million subscribers.