ESPN today announced it has signed award-winning commentator Angela Rye to contribute topical features, commentaries, and essays across various shows and platforms. Rye will provide perspective on sports-related matters of race and culture and social justice issues.  She will also make in-studio appearances and produce stories under the ESPN Black History Always banner.

Some of Rye’s features will include topics such as Jackie Robinson’s impact 75 years after he broke the color barrier; a celebration of the 50th anniversary of Title IX; the role athletes play in social justice movements; and difference makers at HBCUs.

“Angela is one of the most talented and distinctive commentators of race and culture working today,” said David Roberts, ESPN Senior Vice President NBA & Studio Production.  Her strong connection and commitment to the Black community will serve this series of vitally important stories on African American athletes making history and a positive difference throughout the year. We are thrilled she decided to join the ESPN family and look forward to collaborating.”

“I am excited to join the talented team at ESPN,” said Rye. “Sports plays a critical role in our culture, bringing joy to us all in the midst of unprecedented challenges. I’m grateful for the opportunity to give culturally relevant stories a voice on this iconic platform.”

Rye will continue hosting her podcast, “On One with Angela Rye” and was recently named to this year’s YouTube Black Voices project. To date, she has been seen on outlets from Breakfast Club to the Daily Show, HBO, CNN, ABC, NBC, NPR, Tidal, and BET where she produced award-winning specials through her production company, 206 Productions. She serves as Principal and CEO of IMPACT Strategies, a political advocacy and social equity firm she founded. She served as the Executive Director and General Counsel to the Congressional Black Caucus for the 112th Congress.

Rye will begin contributing to ESPN this month. 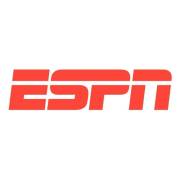