Commentator teams for the tournament are as follows:

Field 9: Play-by-play commentator Mark Neely will join Danielle Lawrie, fresh off her bronze medal win at the Tokyo Olympics. Lawrie was also a three-time All-American and NCAA Champion (2009) at Washington.

Tickets to watch games at Fields 1 and 3, as well as a separate hospitality upgrade experience for all ticketed attendees, will be available for purchase on-site at the Eddie C. Moore Complex. 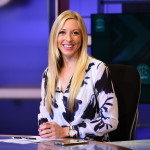