Throughout the season, ESPNU will air 26 matchups featuring teams from the ACC, Big Ten, Ivy League, and the MAAC, as well as Johns Hopkins.

On Saturday, May 7, ESPN2 will spotlight top-5 ACC teams as No. 3 Duke faces No. 5 Notre Dame at noon – one of 20 games between preseason-ranked teams on ESPN networks during the regular season. Rivalries will be on full display throughout the season, including a meeting between No. 2 Maryland and No. 19 Johns Hopkins on Saturday, April 23 at 6 p.m. on ESPNU.

Additionally, ACCN will televise 19 games, while nearly 200 games will be available on ESPN3, ESPN+ and ACCNX via the ESPN App.

ESPNU will also carry the America East, MAAC and Ivy League conference championships games on May 7-8. The Ivy League Tournament semifinals will air on ESPNU on Friday, May 6 at 6 and 8 p.m. ET.

Commentators Anish Shroff and Chris Cotter along with Jay Alter, Drew Carter and Mike Monaco will handle play-by-play duties throughout the season.

Games that air on ESPN networks will also be available through the ESPN App, accessible on computers, smartphones, tablets and connected devices to fans who receive their video subscription from an affiliated provider.

Championship Drive  ESPN will once again provide complete coverage of the NCAA Division I Men’s Lacrosse Championship, beginning with the Men’s and Women’s NCAA Lacrosse Selection Show on Sunday, May 8 (9 p.m., ESPNU). Championship Weekend at Rentschler Field in East Hartford, Conn., is set for May 28-30 on ESPN2. Details will be announced later this season.

* Jacksonville at No. 19 Johns Hopkins will air tape delay on ESPNU on Saturday, Feb. 5 at noon. 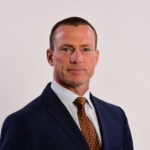