Day four of X Games continued with live coverage at the California Training Facility (CATF). The venue was host to two Skateboard disciplines and three BMX on Saturday.

During the final run of the BMX Park competition, 10-time X Games medalist Logan Martin won his fourth-consecutive gold in the discipline. Martin nearly missed the competition after his bike, gear and luggage were stolen from the trunk of his rental car, but thanks to a friend who brought a bike from home, Logan was able to impress the judges late in the competition. Gold was achieved in his final run with an impressive performance including a triple tailwhip transfer, barspin wallride to barspin out, no hander to barspin, opposite downside double whip, 720 barspin, barspin, flair tailwhip (high) no hander, downside tailwhip pocket air, backflip tailwhip, tailwhip to barspin, barrel roll over the spine, 540 flair. X Games Chiba 2022 BMX Park silver medalist Justin Dowell defended his second-place rank, earning silver once again. 11-time X Games medalist Dennis Enarson took bronze, respectively.

In the final competition of the day, riders threw down for the Dave Mirra BMX Park Best Trick. Mike Varga earned his third-consecutive Park Best Trick gold with a 900 barspin-catch-barspin. Three-time gold medalist Kevin Peraza’s flair tailwhip lands fakie over the spine was good enough for silver, while Jeremy Malott rounded off the podium with a flair to fake on the deck to backflip into the bowl.

X Games action continues live from the California Training Facility this Sunday. All competitions will be televised on ABC and streamed live on ESPN+. The events will also be available on @XGames YouTube on demand. X Games content will also be presented across the globe through international syndication partners.

During X Games 2022, ESPN will make available a daily Video News Release with the following video content: Competition footage (Gold, Silver, Bronze runs), Breaking News and Features. The VNR is posted approximately 2 hours after the conclusion of the final competition each day and is for EDITORIAL/NEWS USE ONLY. Footage is NOT for commercial use. To access the content, visit the link (no password required): 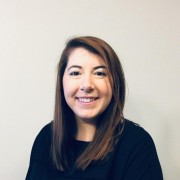 Based out of the Los Angeles Production Center in LA, California, Andrea DiCristoforo is a Senior Publicist focusing on the NHL, X Games and Action Spots. Prior to joining ESPN in 2022, Andrea worked in Olympic Sports. She is also a proud graduate from the University of New Hampshire.
Check Also
Close
Facebook Twitter WhatsApp Telegram
Back to top button
Close
ESPN.com ESPN Images ESPN Front Row
Close