ESPN has announced promotions to vice president for a quartet of impactful leaders across the organization:

Bowen Dou, Vice President, Production – Dou oversees content creation for ESPN’s Chinese partner Tencent. Under her leadership, ESPN has delivered high quality NBA content as well as other major international sports for Chinese fans. Dou also played a crucial role in the recent renewal of the Tencent contract. Last year, her responsibilities expanded to oversee global studio programming for various territories and the International Syndication business. The studio shows include SportsCenter Australia and the global edition, Baseball Today In The UK, NFL Blitz and UFC Fight Camp. She also launched an International NHL studio show during the Stanley Cup Finals to add to the team’s portfolio. Dou’s creative and strategic leadership has been essential to ESPN’s global partners.

Kate Jackson, Vice President, Production – Jackson oversees a broad portfolio that includes Formula One, the Special Olympics, the Heisman Trophy Presentation, the NCAA Women’s Tournament & Final Four and The ESPYs. Under Jackson’s leadership, the audience for Formula 1 has grown exponentially due in part to the successful relationship she has built with the Sky Sports team. Her creativity and attention to detail is evident in her work, from elements and features on the Special Olympics and the Women’s Tournament, to the new Heisman set at Lincoln Center, and the surrounding coverage of F1 races in Miami and Austin.

Pat Lowry, Vice President, Production – Lowry has been with the company for two decades, managing well over 600 events each of the last four years. Highlighted by her oversight of the prestigious and growing Women’s Basketball Championship, Lowry excels in her relationships with external stakeholders, as well as creating new and unique shows like the Women’s Final Four MegaCast featuring Sue Bird and Diana Taurasi. Lowry produces strong and memorable content, while also excelling with the leadership and support she provides to ESPN’s Austin office. In addition to leading ESPN’s women’s college basketball coverage, including the NCAA Women’s Basketball Tournament, Lowry continues to oversee event production for Longhorn Network and the NCAA Women’s Beach Volleyball Championship.

Miranda Thorpe, Vice President, Charlotte Office & Production Management – Thorpe serves as the lead executive and culture carrier for all employees within the Charlotte office. In this role, she provides strategic support to senior leaders for cross-unit transparency, business alignment and integration, priority setting and other leadership functions, sparking collaboration between ESPN and DMED. In addition to her new role in the Charlotte office, Thorpe continues to oversee the Production Management team, a group of nearly 40 people based across the country. The team supports content leaders as well as manages the budgets, credentials, contracts and staff assignments for more than 90 domestic and international events including the College Football Playoff, SportsCenter, College GameDay, US Open Tennis, ESPN’s NFL Draft coverage and more. 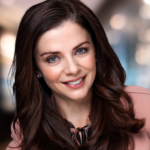