ESPN today announced that its NBA Countdown pregame show team – Mike Greenberg, Stephen A. Smith, Michael Wilbon, Jalen Rose and Adrian Wojnarowski – will return for their second year together. The team will lead the Friday, Saturday and Sunday editions of NBA Countdown on ESPN and ABC throughout the season, including for the NBA Playoffs and NBA Finals.

As part of the team’s return, ESPN has reached multi-year extensions with former NBA and college basketball star Jalen Rose as well as Curt Gowdy Media Award-winning journalist Michael Wilbon. Rose is the longest-tenured member of the NBA Countdown team, having appeared on the show since 2012. For more information on Wilbon and Rose and their multi-platform roles, visit ESPN Press Room to access their bios.

David Roberts, Head of NBA and Studio Production, ESPN:
“We want to build upon the successful foundation this team established in year one. Re-signing great commentators like Michael Wilbon and Jalen Rose was imperative to creating consistency on this show. Along with extraordinarily talented people like Mike Greenberg, Stephen A. Smith and Adrian Wojnarowski, we believe strongly in this team’s ability to inform and entertain at the highest levels. All five live and breathe the NBA and will set the stage for the biggest NBA events all season.”

NBA Countdown regularly airs 30 minutes prior to ESPN and ABC’s NBA game coverage. The show will generally air Wednesdays and Fridays on ESPN at 7 p.m. ET before NBA doubleheaders, Saturdays at 8 p.m. prior to NBA Saturday Primetime on ABC, and Sundays at 12:30 p.m. prior to the NBA Sunday Showcase on ABC. 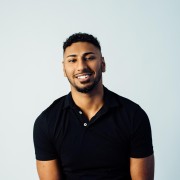