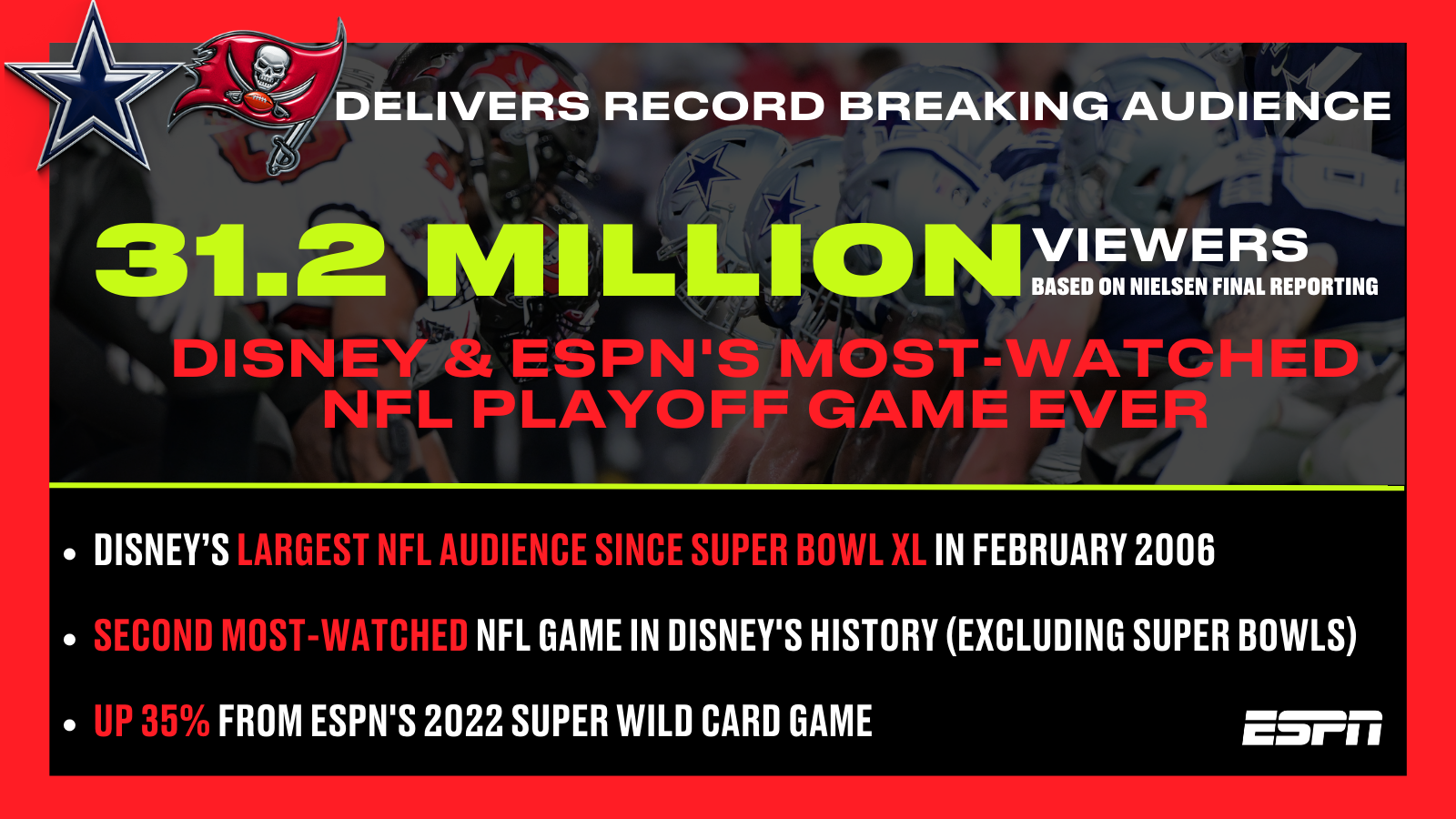 This final viewership further elevates the status of the game, which previously was Disney’s second most-watched NFL Playoff game since 1999 based on Nielsen fast nationals – as reported on January 17.

The viewership of over 31 million viewers bested all 22 Disney NFL Playoff games in the previous 27 years, including 14 exclusively on ABC (1996-2005), seven available on ABC and ESPN (2016-22) and one solely on ESPN (2015). The viewership is up 35 percent from Disney’s Super Wild Card game concluding the 2021-22 season (Arizona Cardinals at Los Angeles Rams), the first Monday night Super Wild Card game. This weekend, across all networks, Cowboys-Buccaneers was most-watched primetime NFL Playoff game.

“This exceptional number proves once again that live sports are unequaled in amassing large audiences,” said Jimmy Pitaro, Chairman, ESPN and Sports Content. “The success is also a clear reflection of how ESPN, working alongside the NFL and our colleagues at Disney, can help attract fans, build anticipation, and expand our reach. Even without a dramatic ending, it was an extraordinarily memorable evening.”

In Week 2, which is not included in the above season-to-date viewership, Monday Night Football featured two games with staggered kickoffs (7:15 p.m. and 8:30 p.m.). During that special presentation, which will become a staple of Monday Night Football beginning next season, Disney platforms averaged 20.6 million viewers when Tennessee-Buffalo and Minnesota-Philadelphia were shown simultaneously during a two-hour period (8:30 – 10:30 p.m.). Additionally, Monday Night Football’s Week 17 game (Buffalo at Cincinnati) was also not counted in the 2022-23 season viewership.