This week marks the 15-year anniversary of Pardon the Interruption, and ESPN has signed the show’s popular co-hosts to new multi-year contract extensions. Tony Kornheiser and Michael Wilbon, who have been with PTI since the daily sports news and discussion show debuted on October 17, 2001, will continue to work together and contribute to other ESPN platforms.

Kornheiser and Wilbon are two of the most influential voices in sports media. Together, along with executive producer Erik Rydholm and coordinating producer Matt Kelliher, they have made PTI an institution. The contentious but good-natured verbal sparring between the hosts was born from the kinds of conversations they had for years in The Washington Post newsroom as sports columnists and colleagues.

PTI has been praised for its unique, fast-paced, wide-ranging and humorous discussion of the day’s sports news. Some of the show’s innovative elements – including its graphic rundown and countdown clock – have been replicated through the years by other sports, news and entertainment shows. PTI has also earned its share of critical acclaim, including the 2009 Sports Emmy Award for Daily Outstanding Studio Show.

“Tony and Mike are the best in the business and PTI is the gold standard of daily sports commentary,” said Connor Schell, senior vice president and executive producer, ESPN Original Content. “That PTI remains as insightful and innovative as ever – and as relevant – is a tribute to the genius and hard work of Erik, Matt and their whole team.”

Rydholm added: “Tony works harder and is more curious than he was when we started. He’s 15 years older, but acts like he’s 15 years younger. Mike is absolutely tireless, and is constantly forging relationships that give him firsthand perspective that he brings back to the show.”

A must-watch for fans, PTI is ESPN’s most-viewed daily studio program. It averages well over a million viewers each day, combining the original air on ESPN (5:30 p.m. ET) with the immediate re-air on ESPN2 (6:30 p.m.). PTI is also ESPN’s most-DVR’d studio show with the household rating jumping 30 percent from time-shifting (Live to Live+7 Day). In addition, daily podcasts of the 30-minute PTI rank among the most popular offerings on the ESPN PodCenter platform and the Apple iTunes store. In fact, over the last three years (since Sept. 2013), PTI has been ESPN’s most popular podcast with more than 100 million downloads. Kornheiser and Wilbon also do a daily segment in the opening minutes of the 6 p.m. edition of SportsCenter.

Said Kornheiser: “The fact that ESPN would give me yet another extension at my age indicates one of two things: one, they have never actually seen me on television. Two, they feel they are saving money on health insurance because they think I will have all my expenses covered by Medicare. Either way I am thrilled to be doing PTI with Wilbon and scaring the children.”

In addition to PTI, Wilbon, the pioneering sports journalist who expanded his ESPN role in 2010, will continue to be seen and heard across a variety of platforms, particularly on ESPN’s NBA coverage with key interviews and features and as a contributor to on-site coverage of the NBA Conference Finals and NBA Finals. Wilbon will also write regular columns for ESPN.com, ESPNChicago.com and TheUndefeated.com, and he will appear on other shows and platforms, including SportsCenter and ESPN Radio.

Wilbon said: “We’re thankful and amazed that the great adventure of our professional lives has now reached 15 years. I love every single day of doing PTI as much now as when we started the show in 2001, having absolutely zero idea at the time of what we were doing. I wouldn’t trade it for anything in the whole wide world … except for the Cubs winning the World Series.” 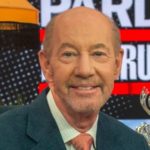