Ryan, who was a guest analyst during ESPN’s Postseason NFL Countdown on Super Bowl Sunday in Houston in February, will make his ESPN debut this Saturday, April 8 (3 p.m. ET, ESPN), when he calls the Florida State University Spring Game in Tallahassee, Fla.

“Rex is authentic – what you see is what you get, and that will be great for our viewers on Sunday NFL Countdown. We also look forward to the insight and perspective he will bring to the show as an NFL coach who has worked in the league for two decades,” said Seth Markman, senior coordinating producer for ESPN’s NFL studio shows.

Ryan added: ““This is going to be a new experience for me and I am really excited about it. I’ve been a coach for 30 years and I’ve been around football my entire life. I’m passionate about the game – just like the fans are, and I’ve coached in the league for a long time, so that’s the perspective I will bring to ESPN. I’m just going to show up and be myself and have fun with it.”

Ryan served as head coach of the Bills the past two seasons (2015-16) and for the Jets from 2009-14, leading the franchise to back-to-back AFC Championship appearances. Prior to being named a head coach, Ryan spent nine seasons as an NFL assistant with the Baltimore Ravens (including 2005-08 as defensive coordinator), where he won a Super Bowl (XXXV). In 2006, Ryan was honored with Assistant Coach of the Year awards from Pro Football Weekly and the Pro Football Writers Association. Ryan, whose coaching career spans nearly 30 years, is the son of legendary NFL coach Buddy Ryan. 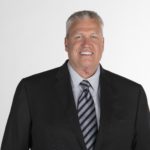