Thiry joins ESPN from the Los Angeles Times where she worked as a multimedia sports reporter the past four years, covering the Rams, Dodgers, Lakers, USC and UCLA. Thiry’s versatility was evident as she wrote regularly for the print and digital editions, while also producing daily videos and podcasts. She won an Associated Press Sports Editors’ award for a short video in 2016.

Before joining the Times, Thiry covered college football and recruiting for Scout.com, and appeared on Fox Sports 1, Fox Sports West and Spectrum SportsNet. The Seattle native graduated from the University of Washington where she was a member of the Huskies’ 2005 National Champion women’s volleyball team.

Gonzalez has covered the Rams as an NFL Nation team reporter for ESPN since he joined the company in 2016. He has also contributed to editions of SportsCenter and ESPN’s NFL shows, written features across multiple sports for ESPN.com, and assisted with coverage of the NFL’s games in Mexico City.

Gonzalez, who is bilingual, will now cover all of the Los Angeles sports teams in addition to covering major stories in Southern California. He will work out of ESPN’s LA bureau with Emmy-winning reporter Shelley Smith and others. Gonzalez’s reporting, in both English and Spanish, will be seen on multiple platforms including studio shows and ESPN.com.

Prior to covering the NFL for ESPN, Gonzalez worked for MLB.com, including a five-year stint covering the Los Angeles Angels of Anaheim. 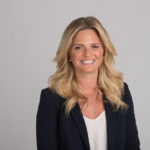