ESPN has expanded its largest regular season WNBA schedule ever by including 13 more games, bringing the total for the 2020 season to 37. The new slate of Games will be available across ABC, ESPN and ESPN2, as well as in the ESPN App. Inclusive of the previously announced 24-game schedule, each team in the league will now appear on the schedule at least four times throughout the regular season.

Today’s announcement follows a tremendous start to the season with Saturday’s opening day match up on ABC between the Los Angeles Sparks and Phoenix Mercury averaging 540,000 viewers, making it the most watched opener since 2012 and up 20 percent from the 2019 opener on ABC.

ESPN commentators will continue to call the games remotely from ESPN’s Bristol, Conn. campus while Holly Rowe continues to report from inside the #Wubble. Booth teams include:

Following the regular season, ESPN will continue to be the home of the WNBA post season, with coverage details announced in the coming weeks. 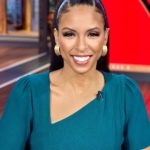