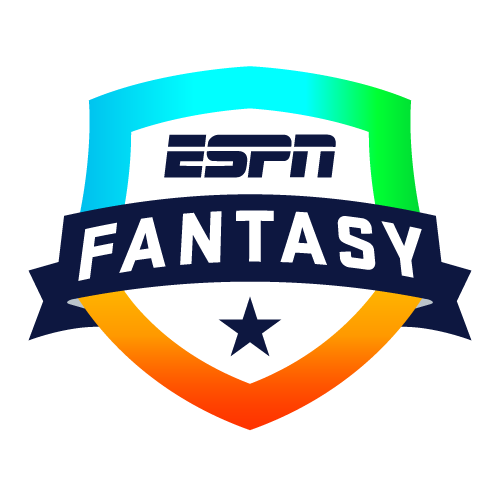 Building on the success of ESPN’s No. 1 Fantasy Football game and Fantasy content across television, digital and audio, ESPN is working to expand its programming on all platforms for the upcoming Fantasy Football season. The new plans to date include the return of the 28-hour ESPN Fantasy Football Marathon and the launch of a weekday fantasy sports show hosted by Emmy Award-winning ESPN fantasy analyst Matthew Berry, as well as new content available exclusively on the ESPN App, ESPN Fantasy App and WatchESPN.

“We’re working on a schedule of fantasy content for this season that will be informative, fun and the most comprehensive fantasy coverage we’ve ever had,” said Norby Williamson, ESPN Executive Vice President, Production. “It’s just part of our overall commitment to utilize all of our resources across platforms to provide fans with the fantasy content they want, no matter where they are or what device they’re on.”

Senior Fantasy Sports Analyst Matthew Berry and NFL Insider Adam Schefter will again appear on air during the entire 28-hour Marathon, and Trey Wingo will return to host primetime shows on both nights. Special guests and celebrities will provide fantasy football analysis, insight and advice for fans throughout the event.

Last year’s first-ever ESPN Fantasy Football Marathon drove the two biggest days ever in the 20-year history of ESPN Fantasy Football, the industry’s No. 1 fantasy football game. As part of the marathon, ESPN counted 1,753,511 teams drafted, surpassing its stated goal of 1,000,000 for the event.

The Fantasy Show
Prior to the Fantasy Football Marathon, ESPN’s new weekday show The Fantasy Show hosted by Matthew Berry, will debut Tuesday, Aug. 1, exclusively on WatchESPN and the ESPN App. It will premiere on ESPN2 on Wednesday, Aug. 16 at 5:00 p.m. ET. The 30-minute show will air at 5:00 p.m. ET every weekday through the NFL season, providing fans with a mix of news and analysis, as well as special guests and segments, all presented with Berry’s smart, irreverent style.

“The reason fantasy football is so popular is very simple: It’s insanely fun,” said Berry. “I’ve always tried to bring that spirit and the passion of fantasy players to all the analysis I do, and this show will be no different. Of course, probably the most fun part of fantasy is winning, so we’ll focus on that – trying to be informative, entertaining and not completely embarrassing. Doing a Fantasy Football Show every weekday has been a dream of mine since I’ve been at ESPN, and I couldn’t be more thrilled.”

[Click to view a sizzle reel of The Fantasy Show.]

Fantasy Football Now presented by Papa John’s – The Emmy Award-winning live Sunday morning program will again include Berry, Tim Hasselbeck, Field Yates and Stephania Bell, as they prepare fans for the day’s fantasy action. Fantasy Football Now will debut on opening night, Thursday, Sept. 7, with a 30-minute show at 7:30 p.m. ET on ESPN2, and will continue every Sunday throughout the season.

ESPN Fantasy Focus Football Podcast – The most popular fantasy sports podcast will return to its daily schedule Monday, July 31. Hosted by Berry and Yates, with ESPN injury expert Bell, the award-winning Fantasy Focus will continue to provide player previews, game overviews and strategies, as well as featured guests and interviews.

ESPN Radio – Throughout the season, ESPN Radio will devote attention to fantasy football in popular programs like the daily Mike & Mike simulcast on ESPN2, as well as ESPN Radio’s weekend shows including Fantasy Focus, Weekend Observations with Stu & Spain and Operation Football.

Fantasy News and Analysis on ESPN.com and ESPN apps – With the No. 1 roster of award-winning writers, analysts and media personalities in the fantasy industry, ESPN provides fantasy football players with an unmatched depth and breadth of fantasy football news, analysis and insights across platforms. ESPN’s editorial staff will once again be headlined by Berry, who will write his signature “Love/Hate” column for an 11th season. In addition, Bell, Matt Bowen, Mike Clay, Tristan H. Cockcroft, KC Joyner and Yates will return this season to lend their diverse expertise, which collectively includes decades of player and front-office experience and fantasy expertise, as well as advanced and proprietary metrics and professional injury analysis.

Core fantasy content on the ESPN Fantasy App and ESPN.com will include weekly rankings for both PPR and non-PPR formats, projections for standard and custom scoring, weekly columns from ESPN fantasy contributors, exclusive tools and content for ESPN Insiders, and contributions from ESPN’s NFL Nation reporters. Fantasy players will also have access to an extensive selection of on-demand and personalized original digital video and segments from the Fantasy Focus podcast and The Fantasy Show hosted by Berry.

In addition to experienced fantasy players looking to get their edge, ESPN also welcomes new and casual fans with content that caters to first-time players and league owners, including tips on starting a fantasy league, how to draft teams and pick up players from the waiver wire, and setting a weekly lineup.