In their first on-camera interviews, four former employees of the NFL’s Washington Football Team tell ESPN’s Outside the Lines about sexual harassment by team owner Daniel Snyder and other team executives they claim occurred during their time of employment. Interviews will air on multiple ESPN platforms on Thursday, Sept. 3.

The women describe a pervasive organizational culture of misogyny and sexual harassment, saying Snyder deserves much of the blame and call on the NFL to prove they value women, especially as employees and fans.

Among the ESPN platforms airing the interviews:

On Sunday, Franchise In Crisis: The Washington Football Team, a one-hour OTL on SportsCenter special (5 p.m., ESPN2), will include the interviews as well as other segments about the team, including: 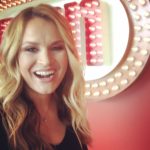