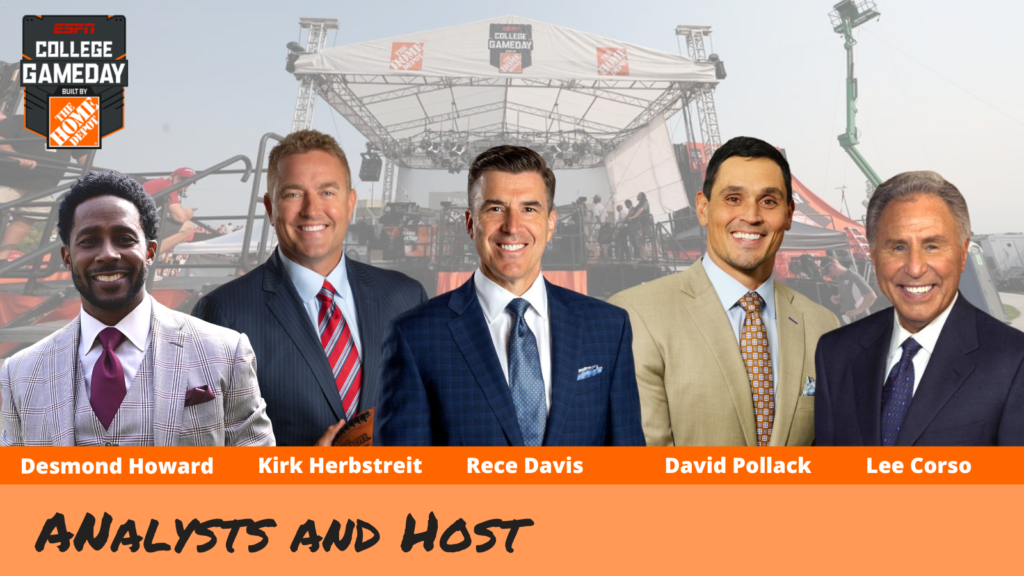 In addition to looking ahead to the exciting action on the field and previewing the week 0 games, College GameDay will celebrate The Home Depot’s 20th season as presenting sponsor – Disney Advertising’s longest-running sponsorship. Pollack and reporter Marty Smith will also join the show live from The Home Depot Store Support Center headquarters in Atlanta where the company will host a College GameDay-themed employee appreciation event.

The remaining GameDay veterans all reached contract extensions in the offseason. Legendary coach Corso, a featured analyst since the show’s inception in 1987, will make his 384th headgear pick at the first on-campus show in Columbus, Ohio on Sept. 3. Howard, the Michigan Heisman Trophy winner and College Football Hall of Famer, returns for his 17th season at the desk, while Pollack, the Georgia All-American and College Football Hall of Famer, re-signed for his 11th season. Veteran reporters Gene Wojciechowski (12th season) and Jen Lada (seventh season) also renewed their deals.

Notable Newcomers
Jess Sims – announced earlier this month – joins the GameDay crew for her first season. The fitness instructor and sports reporter will serve as an on-site reporter and personality beginning in week 1.

College football insider Pete Thamel, who joined ESPN in January, will also be a GameDay regular, offering in-depth news, reporting and features as part of his multi-platform role. Expanded Digital Coverage
Christine Williamson, Harry Douglas and Harry Lyles Jr. return for their sophomore seasons with Countdown to GameDay Live. The social and digital show will be back for its first show of the season at 5:30 p.m. ET on Sept. 1 ahead of the Pitt GameDay show. Countdown will then continue its normal cadence live each week at 8:30 a.m. ET. The show airs in advance of the televised GameDay show and is available across Twitter, YouTube, Facebook and the ESPN App. 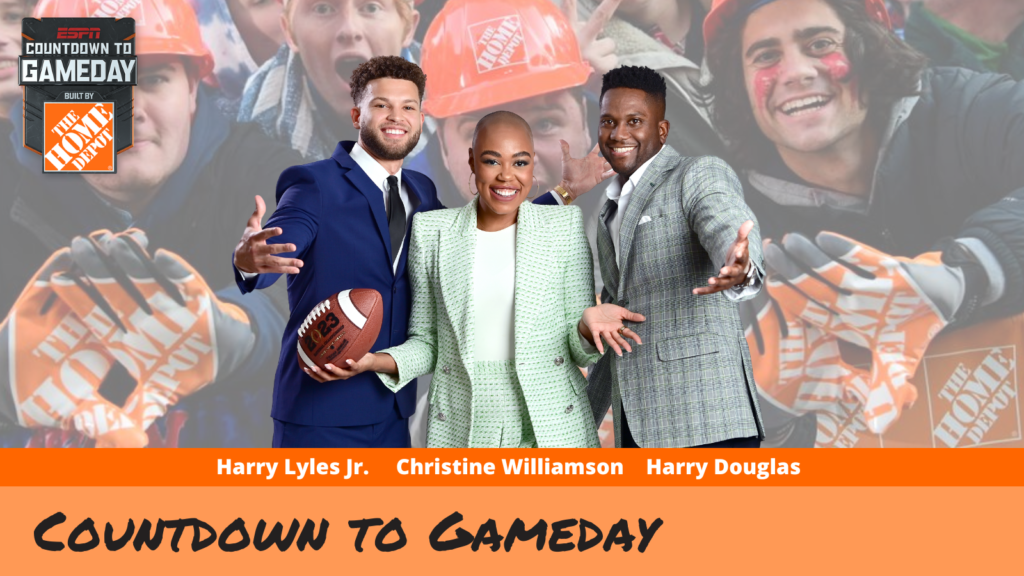 Trips to Pittsburgh and Columbus in Week 1
In week 1, the GameDay crew will hit the road for an exclusive one-hour edition from Pittsburgh before the West Virginia at Pitt “Backyard Brawl” game on Sept. 1 (6 p.m. ET, ESPN), before heading to Columbus for the highly anticipated matchup between No. 5 Notre Dame and No. 2 Ohio State on Saturday, Sept. 3. The three-hour pregame show will be making its 21st appearance all-time at Ohio State and will air from 9 a.m. – noon on ESPN and simulcast on ESPNU.

Full details for College GameDay’s week 1 show will be announced next week.